On 27/11/07 my daughters dog, Crisp, was lost whike in the care of a friend. My daughter is stuck in England awaiting the birth of her baby but her partner is back in Cyprus looking for the dog. She was last seen just north of Omodos. Although her breed is a hunting dog, she is no use for this purpose as she is afraid of loud noises and would not harm any other animal. There is a substantial reward for any one returning the dog.
There is a link with photo's : http://www.dogscyprus.org/forum/index.php?topic=113.0

don't wish to raise false hopes but i saw a similar dog in ayia napa to day looked very much like crisp ran across the road with a plastic bag in his mouth the dog appeared lost and confused i stopped the car but by the time i got out of the car the dog had gone i do hope you find your pet.

Thank you for letting me know of your possible sighting of our dog Crisp. Its not an area we thought she would be in, but if some one tried hunting her there she would have run from them. I will take a run out that way tomorrow and put some posters up and have a hunt round although the new baby will make it difficult. Please keep a look out for her for me and we will continue to search.

Can you possibly give me more details about where in Ayia Napa you think you saw her. This would be very helpful. Many thanks.

Thank you very much, that is very helpful. We have been in England all over Christmas as i came home to have the baby so we have been relying on friends to look for Crisp. We returned to Cyprus on the 20th but you have the first sighting.
Again many thanks.

We have been out looking in the Avia Napa area and the Romeo Bar but can find no trace of her. We would appreciate it if people could continue to keep a look out for her and let us know of any sightings. She is very timid and it will be difficult to catch her especially as we believe she was stolen to use for hunting (which she wont do ). There is a reward for her safe return.

Linda sent me some pics of Crisp to help us find her. She also tells me that Crisp took in the kitten in the photo and even produced milk to feed her though she'd never had pups! She is a very timid dog and not good with strangers so if you see her please proceed gently. She would be no good at hunting at as she loves other animals too much.

We hope that Crisp & Linda are reunited very soon. 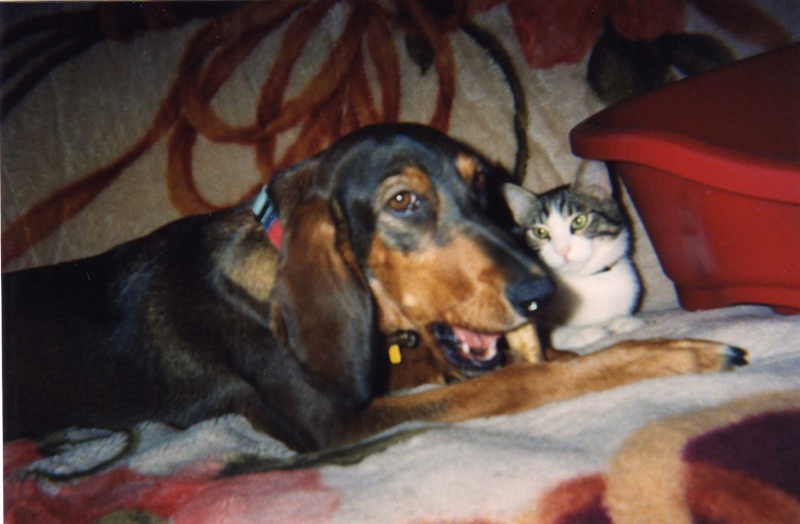 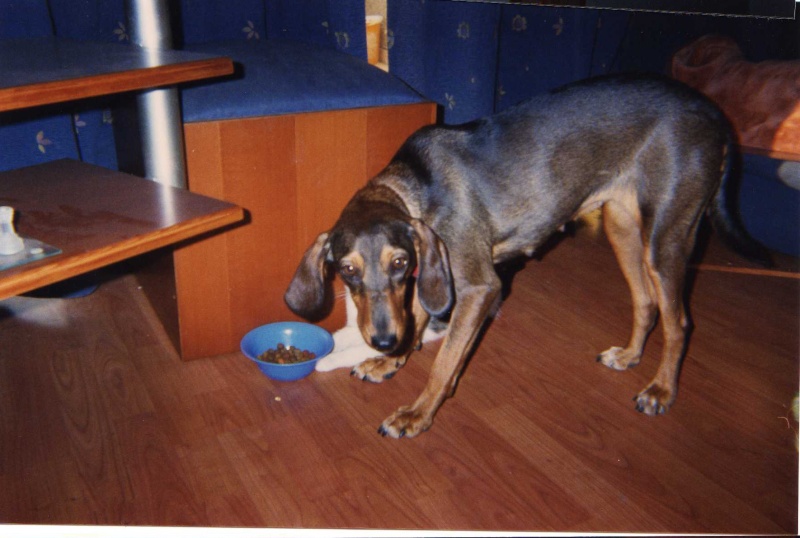 Many thanks.
We have had no more sightings of her and think she is either injured or someone has got her and locked her up, but we will continue looking.

I am still searching for my dog crisp. please could everyone keep a look out especially now that the hunting has started up again. If she has been stolen and people try to take her hunting she may run off again. apealing to those perticularly in the paphos area as this is where she was lost. many thanks to all.

I was at the Nicosia dog shelter yesterday and there was a dog there who looked a lot like Crisp. Have you given Sharon a call?

do you have sharons number so that i may call her.

Sharon's number is 99868512. Good luck and let us know how it goes! I hope the dog is Crisp. But in any case, it would be a good idea to let Sharon know about Crisp.

I have visited the dog shelter in Nicosia but unfortunatly had no luck finding crisp. I have left a photo at the shelter and details in case she is bought in. Many thanks to all those helping to search for Crisp please do continue to help look. michelle.

I just started posting here because I found two beautiful dogs near Potomos Estuary in Leopetri the other day https://argossanctuary.catsboard.com/lost-found-f19/17042008-two-black-short-legged-beagle-basset-type-dogs-t85.htm

I've just started a new job and cycle the Potomos-Agia Napa cycle path to Waterworld Waterpark each day early in the morning. Anyway I remembered yours as you obviously eagerly seeking return of Crisp and also that earlier in the postings someone had mentioned Agia Napa.

To cut a long story short, I was cycling this morning (18.04.2008 09:30) towards Potomos and also saw a dog that I have to say is possibly similar to the photos of Crisp at the motorway junction that turns off for Agia Thekla where it meets the back road to Agia Napa (She was on the motorway side running along side of me in the same direction and crossed the access road remaining on the motorway side, when I tried to call her obviously nervious of me).

She did seem timid and shy but had possibly smaller ears than it looks like on Crisp in the photo and her light part of her coat was seemingly lighter than that shown in your photos, but that could be light distortion. She would not come to me and I could not tell if she was responding to the name Crisp or just because she thought I was shouting at her. She lay down for a while in a dip of bushes in the shade on the left hand side of the access road (looking towards the Church) and I stopped and tried to approach but when she saw me she moved off in the same general direction.

As with the earlier posting, don't want to raise your hopes but I thought it might be worth mentioning as you are searching so hard.

I have been out again to ayian appa but with no joy. crisp was origannaly lost in paphos near a hunting ground. thankyou for all your support and help in looking. i am still searching an have contacted all dog sancturies and put advert in cyprus weekly. i am greatful for all help as i just wish to find her.
many thanks
michelle